7 Layers of a Food Forest 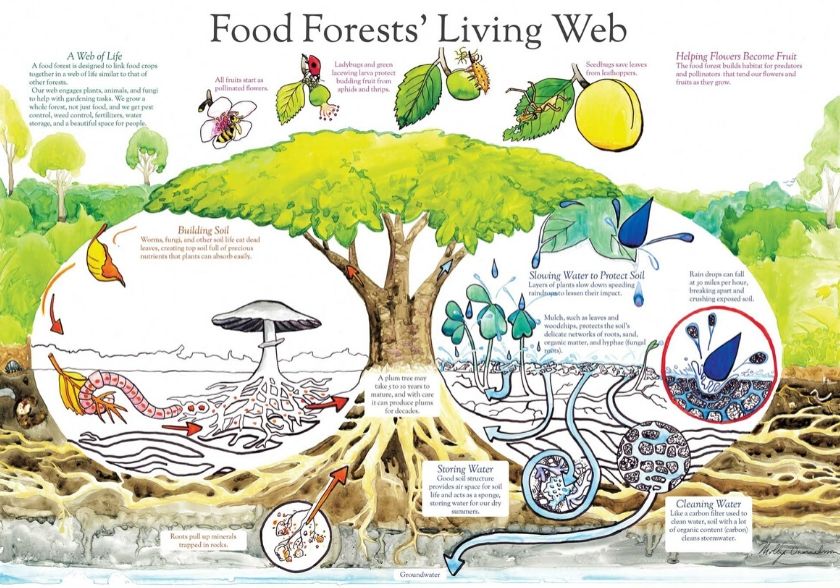 You've probably heard the words "food forest." If you're renting an apartment, you might not be able to create the entire 7 layers food forest burrito but you can probably walk away with a triple decker delight.

So, what is a food forest? Basically, it's a low-maintenance garden that mimics the ecosystem found in the woods. If you've been on a hike lately you'll notice the trees, shrubs, ivy, ground cover, and flowers aren't plotted out with a perfect grow space of X inches apart. Their composition is naturally chaotic, sharing space and crawling in, on, and through each. Somehow, it ends with peace, harmony and the strongest plants left standing.  I learned that there are clicks in agriculture. Some plants "get along" better with others near by, they're besties (or companion plants). These do really well in a food forest environment, take for example the besties: hawthorn, blackthorn, pear, rhubarb, currants, globe artichokes, strawberries, and rosemary in the image below.

The 7 layer food forest (Created by Robert Hart)- I can't read 7 layer and not think of burritos...

In a perfect world, I'd select and purchase my dream property in fertile Oregon or Hawaii that already harbored mature fruit trees and build this 7 layer fantasy forest, however, I live in Los Angeles and a fantasy condo on my street runs $1.4 million bucks. Can you image what a house with mature fruit trees would cost? So what can I do with this information besides Pin the crap of it on my Pinterest?  Improvise... 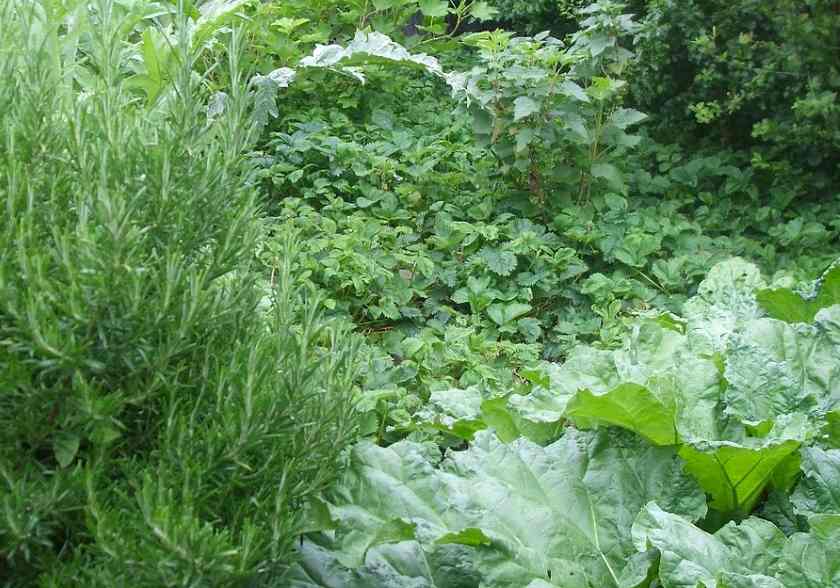 If you have a patio/balcony:

Create Shade (edible or not)- Use a sail, awning, pergola, or patio umbrellas. You could grow climbing fruit or veggies through the structure (i.e. pergola, awning, etc)

Make or purchase garden boxes that line the perimeter of your outdoor space. Anchor each corner with dwarf fruit trees. Integrate as many of the remaining layers into your garden boxes. Install clay plant nannies to create a sustainable and low maintenance watering system.

Food Forest Wall- which we'll cover in detail on our next Urban Farming Friday (so subscribe!)

It's easy to feel underwhelmed with the notion of gardening in your urban space, however, there are creative green thumb wizards like the man who in just over 1/4 acre, planted twenty-three young coconut palms, twelve cloves, fifty-six bananas, and forty-nine pineapples, with thirty pepper vines trained up its trees. He also grew fodder for his cow! Watch out world! Urban farming food forest wonders coming your way!